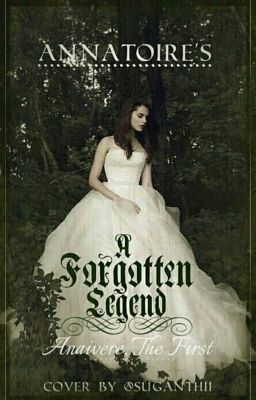 By his mother's last will, King John's little niece, Princess Anaivere was made the heir apparent to the throne instead of his later own child. At first, he intended to use his niece as a puppet in order to strengthen his power and get rid of the threats of rebellion from the starving commoners as Princess Anaivere was surely beloved by them; however, he didn't know that, being cared by a peasant-born nanny thus made Anaivere to stand by the commoners' side. She even anticipated in the First Barons' War and the historical Magna Carta, rebelling against her own uncle; later she took over the throne after his death and became a beloved monarch not only in her territories, but also respected by the Holy Roman Emperor. It was later called "the Golden Reign". King John's legacy, however, did not completely end. His remaining army had usurped Anaivere thus give the crown to King John's ten-year-old heir. Then, they even took malicious revenge on the predecessor, brought her to the scaffold and ended her life in tragedy. During the reign of Anaivere the First, she was called as the most beloved monarch. During the reign of Henry the Third, she was mentioned as the forgotten legend. Tale of a virgin queen before Elizabeth Tudor and a martyr before Jeanne d'Arc. *First tale in the Legendary Trilogy.

Part One: The Childhood

Part Three: Outlaw in the name of Crown

Part Six: God Save the Queen

Part Eight: Anarchy of the Crown

Part Ten: In the Tower

Special Chapter: Meeting the Author and the Legendary Trio

Special Chapter: Motherland Where We Departed

Special Chapter: My Darling Passing By The Law School's Gate