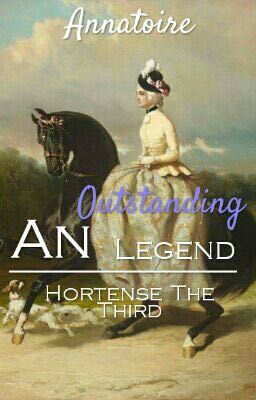 The Third Duchess of Champagne-Ardenne, Hortense de Beaudelaire, was an ordinary high-born child from birth, but had grown up to be a legend. Fed up with the gentlemen asking for her hands in marriage, she left Champagne and the title of Duchess of Champagne-Ardenne behind then headed to Paris to join the Queen's Guards in order to seek freedom which as an aristocrat she did not have. Some years after that, Mme de Tréville introduced to the Queen a new lady for her court, called Hélène d'Artenade from Gascony, whom was put under Hortense's command. That was when the adventures began and the legend was born. History did not remember her, neither the Queen's Guards. We just knew that, she was an outstanding legend, and also a forgotten one. Tale of a brigadière before Oscar de Jarjayes and the obscure ancestor of the more obscure Immortal Legend. *Second tale in the Legendary Trilogy. *Highest achievement: #1 - knighthood

Part Four: The Courtière of the Queen

Part Six: A Match of Roses

Part Seven: For One is Worth

Part Nine: For The Days To Come

Part Thirteen: Before the Storm

Part Fifteen: A Time When Relief Was Luxury